A few years ago, a group of friends decided to form a team to accomplish a crossing of the English Channel in relay. When the idea came up we were all excited and decided we should give it a try. After a few sessions in which we started planning what would become the swim and how would we carry out the project, we concluded it was ready: “everything is ready! Let’s get to work!”

A few days later we gathered to start training and we realized we were wrong, and as it happens when someone realizes their mistake, we had to start all over again, but this time, we did it as a team, not the way we did it before, as a group of swimming friends, and let me tell you something, it was very hard and we all had to learn that in order to work as a team, first you have to become a team.

The concept of TEAM is a concept that we are familiar with and are able to handle in different stages of our lives since we are kids, but when we really live it, we find out we do not really know how to be a part of a team or how to work as a team and the least of all, how to accomplish a goal as a team, however, I always thought that at least I was sure I had a very clear understanding of what being part of a team was. I have always being a fast speaker; and I remember that in one of the meetings I said: Of course, lets become a team, it is so easy! A few days later, I had to eat my own words.

It was not easy at all, but it was a learning period, that at least for me, has had so much meaning in my life and today I am convinced that a team is much more than just the sum of several people and their will, it is a different being, created by the enthusiasm, will, work, effort, patience, tolerance, respect and the cordiality of the people that form part of the team. I learned that it is the Team as a whole the one that pursuits and look forward to accomplish a goal. It is better to leave out of the teams every little thing the members of the team have that is not useful for the team  and only to bring in what is valuable to give the team strength and growth.

I also learned that a team without a leader is not a team at all, even when inside the team you can find people with the same or more experience or preparation than the leader, the guidance of the team is the responsibility of the leader of the team and to him or her  everyone else owes authority and respect.

Another thing, the team gets stronger with is weaknesses. That’s the way I see it; not all of the members of the team have the same preparation or strength, however, it is precisely in some of the member’s weakness where the strength of the others makes the team consolidate but at the same time in this weakness is where the ability of becoming a team is tested.

In the end, after more than 9 months of learning we finally putted it all into a test in a 4 Way Crossing Relay of the English Channel in 2007 that was accomplished successfully by Sport City Mexico Team, which was integrated by Mayalen Noriega, Alejandro Moreno, Omar Díaz-González, Jorge Urreta and me. Our Leader, Coach Rodolfo Aznar and Dr. Alexander Kormanovsky.

Not only we became an incredible team but we also accomplished an extraordinary sport event that represented a very important mark to the Sport City Mexico Team and therefore it represents a watermark in my life.

The magic secret is to know how to be part of a team and today I use this secret in many aspects of my life. As a matter of fact, starting from this learning point, I accomplished my solo open water swims, as part of a wonderful team. My main support team is my family, my technical team (coach, doctor and pacer) has being my strength and along with the Alfredo Harp Helu, AC, Grupo Marti and the BRIMEX Clinic we have transformed the life of many children through Quiero Sonreir.

Being a team is the magic secret! 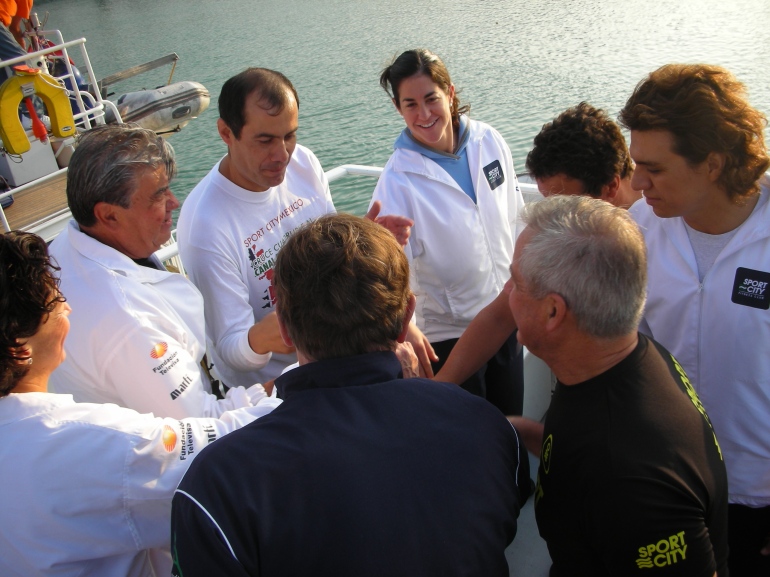 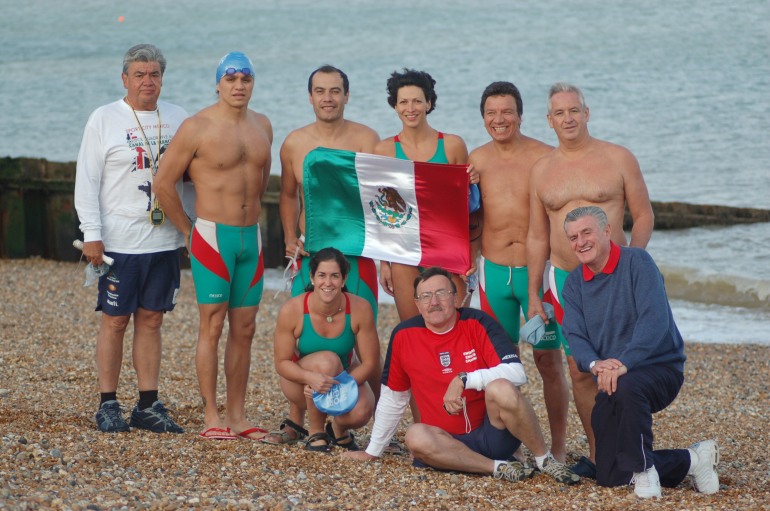 Sunday, August 6th, 2017 There are moments in life when words are not enough to express what the heart feels … Today is one…

They say you have to face and overcome many monsters in order to swim the Kaiwi Channel… A Dream Come True! We have been…